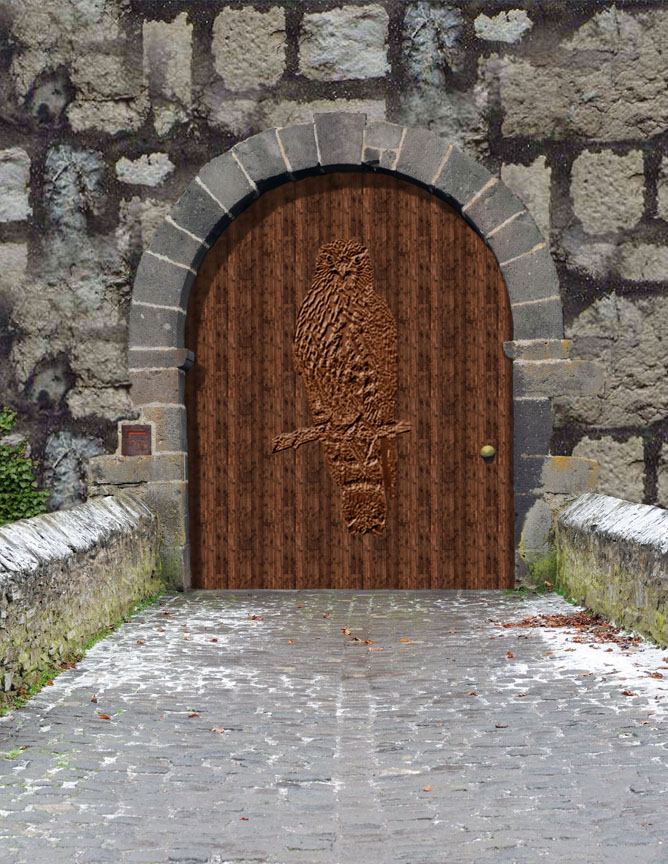 “Through the years my daddy has told me and my younger brother Zach stories. They had dragons, castles, giant golden spiders, sea serpents with glass teeth and a secret cave hidden underneath an old mansion… We would hang on his every word and lay back with our eyes closed picturing the delightful images, sometimes falling asleep to dream of them. It was in a word, wonderful. He made them all up out of his own head, too. He would always say, ‘Someday I’m going to put these down in a book…'”

Katie and her brother Zach have spent their whole lives in the vast and ancient stone fortress called Castle Falcon, somewhere in the present-day American Northwest.  Their mysterious father, driven by secret fears, rarely allows them to leave the safety of the Castle and venture out into the world.

Katie, thirteen, and Zach, twelve, are constantly testing the boundaries of their enormous gilded cage.  When they finally crack the secret of opening the hidden rooms their father had sealed against their curiosity, they aren’t ready for what they find:  living hearts in jars, people turned to stone, and a cage containing something terrible and invisible.  And that’s before they discover a buried gateway to a dark and demon-filled hell, and the monstrous creature that guards it…

Katie and Zach thought their summer would be boring.  Now, with the help of some very unusual friends, they may have to save the world!